The Yorkshire Fossil festival represents an exciting opportunity to engage with families and local schools in all aspects of the world of Geology and the Earth Sciences. The festival is an annual event held in and around the Scarborough Rotunda Museum, just a stone’s throw from the Yorkshire Coast, renowned amongst both professional and amateur fossil enthusiasts for its astonishing span of Jurassic strata.

This year’s event was incredibly well-received, not only due to the kind weather throughout the weekend, but also the huge range of fossil-based activities offered by over a dozen scientific institutes. The festival catered to over 5,000 visitors, most excited of which were the young children from the local schools on Friday morning, to which each institute had prepared an number of inspiring workshops to introduce them to the fascinating world of fossils!

The University of Leeds’ stand housed a number of varying activities prepared for the children to participate in, most popular of which being “Mass Extinction Darts”, led by Dr Alex Dunhill. This involved a map of Pangaea displaying different animals of the time. It was the children’s role to throw a number of coloured sticky-darts to try to extinguish faunas as much life as possible and in turn trigger a mass extinction! Another activity, run by Jed Atkinson, involved the construction of food webs composed of the faunas which could be found along the local Yorkshire coastline, along with real fossil examples of each animal.

We also offered insights into micropalaeontology and modern climates. Dr Allyson Tessin operated a stall detailing her recent expedition to the Arctic Ocean, titled “The Arctic Ocean Food Web: Past, Present and Future”. Here, the children were shown life aboard an oceanic expedition and how our knowledge of sea ice dynamics and the associated microfloras present at the base of the Arctic food web will be affected by future climate change. The final activity was run by Adam Woodhouse, which allowed the budding young palaeontologists a glimpse through our microscopes into the world of micropalaeontology, observing core-top samples from the Indian and Southern Ocean yielding tropical and polar planktonic foraminiferal assemblages.

The remainder of the weekend proved just as popular, the animatronic baby T. rex and Tree Stiltwalkers were particular highlights, which allowed for some fantastic photo opportunities for all our visitors! We could have been swept off our feet over the weekend, but luckily had much needed assistance from Despina Zoura, Dr Fiona Gill, Dr Karen Bacon, Fiona Pye and Prof. Paul Wignall! We would like to extend a huge thank you to Past Earth Network for their generous sponsorship of the Palaeo@Leeds stand and hope to enlighten many more people of the wonders of fossils in the years to come! 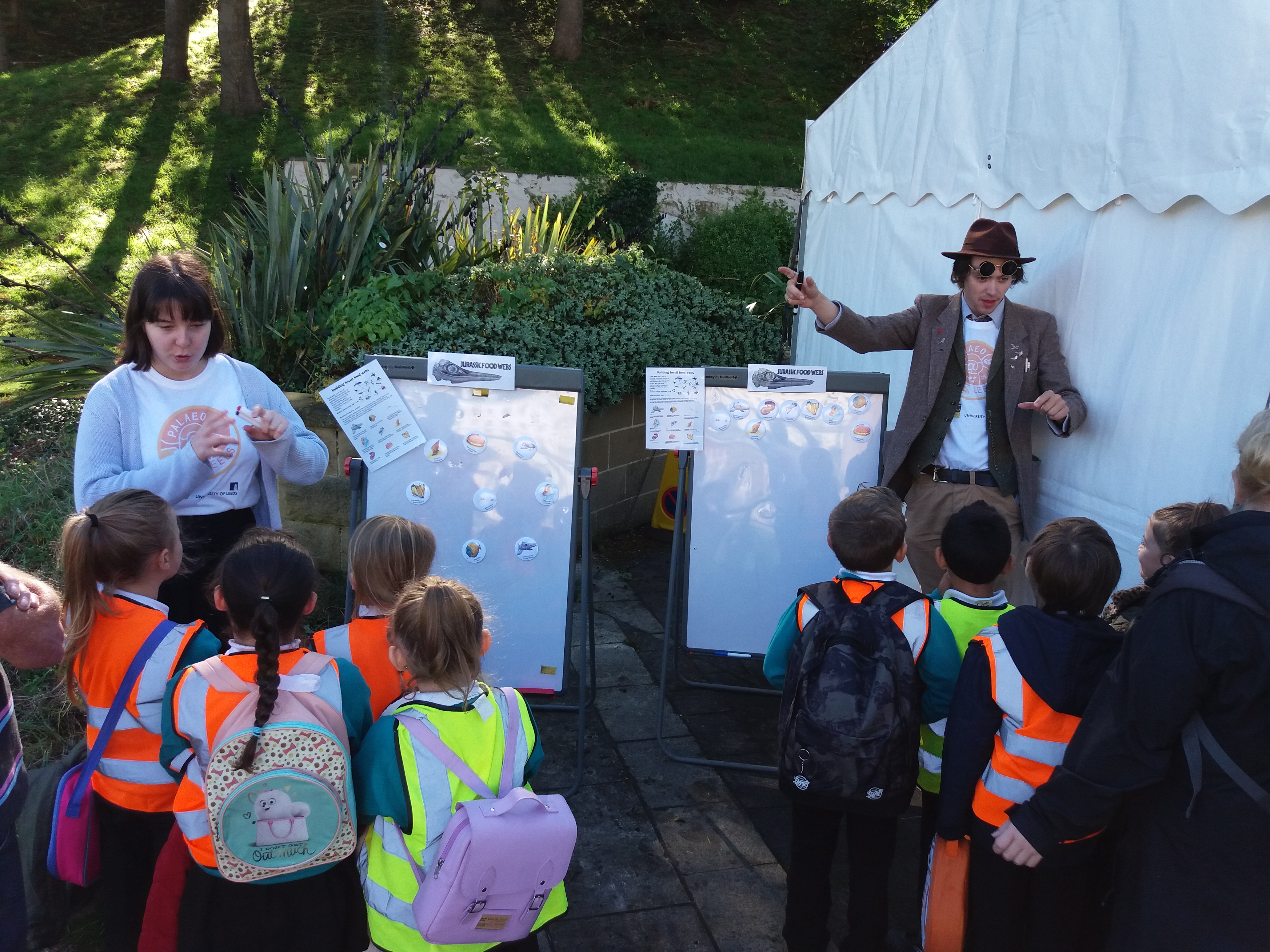 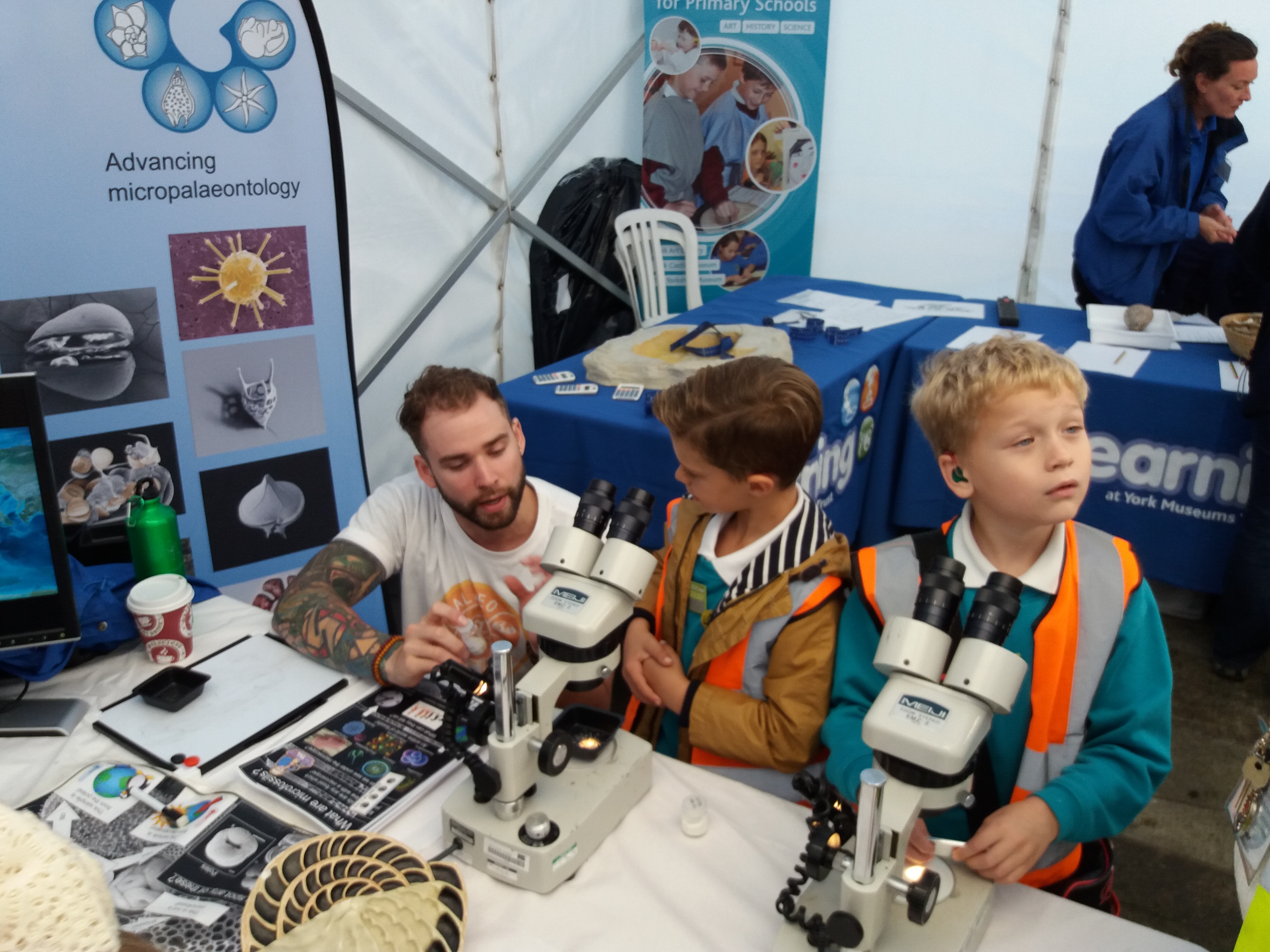 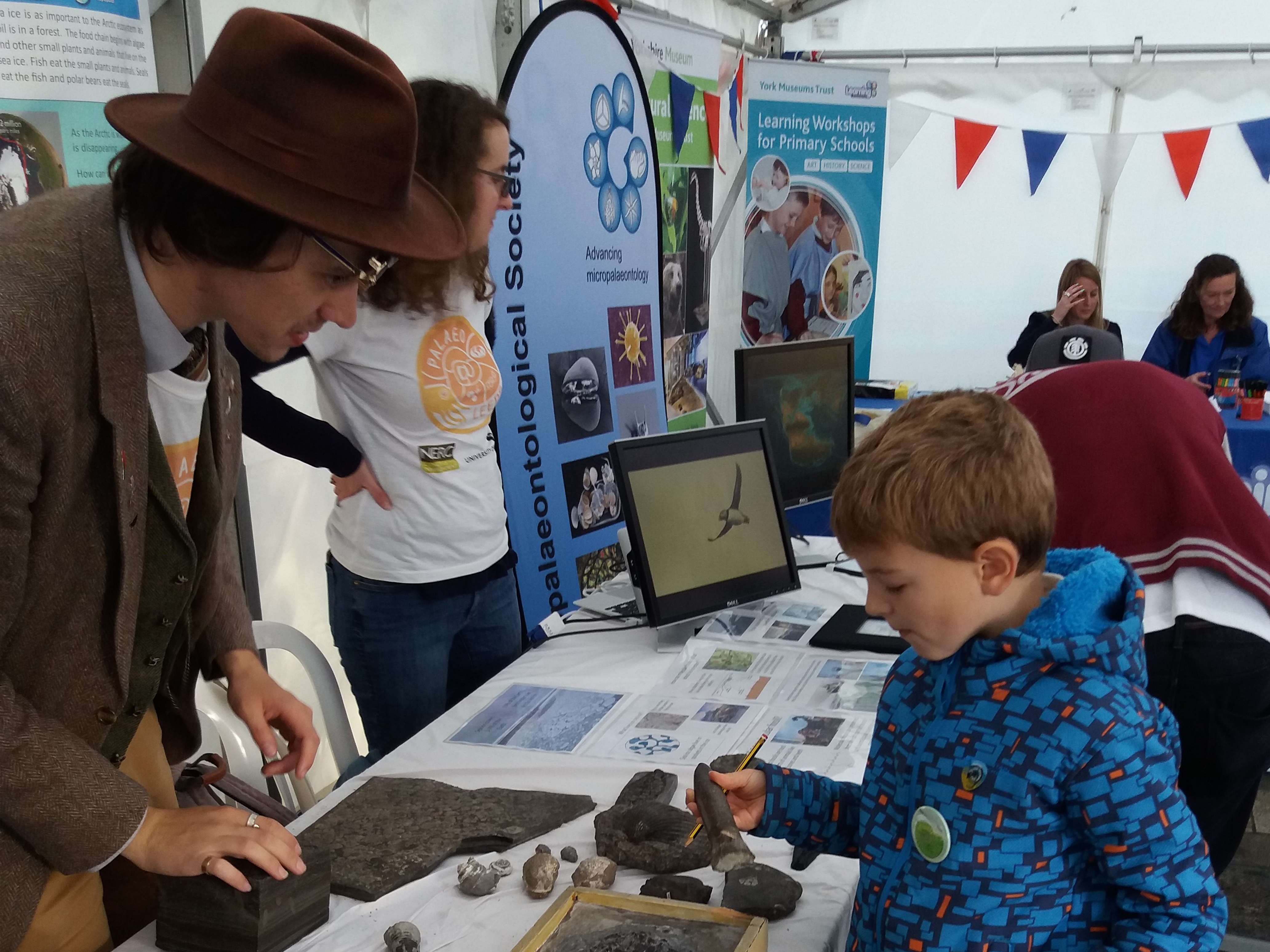 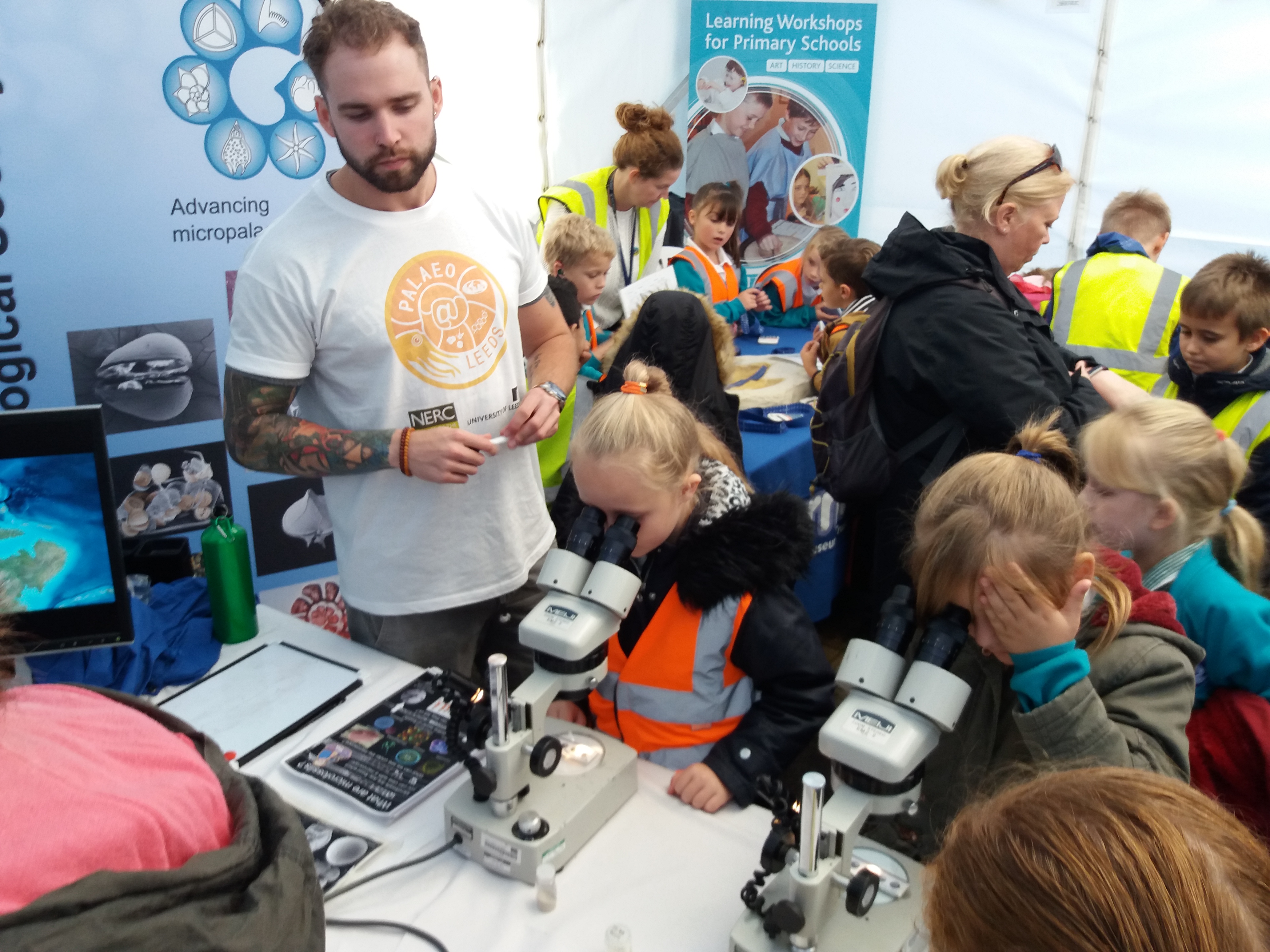 To help raise awareness of climate change, and of the importance of statistics, the PEN arranged a lecture presented by Dr. O. M. Olayiwola at Emmanuel Alayande College of Education in Nigeria. Students, teachers and staff attended the talk titled "Anthropogenic and natural causes of climatic change - effects, management and modelling". The aim of the talk was to create awareness of the use of statistics in climate change modelling in secondary school students. 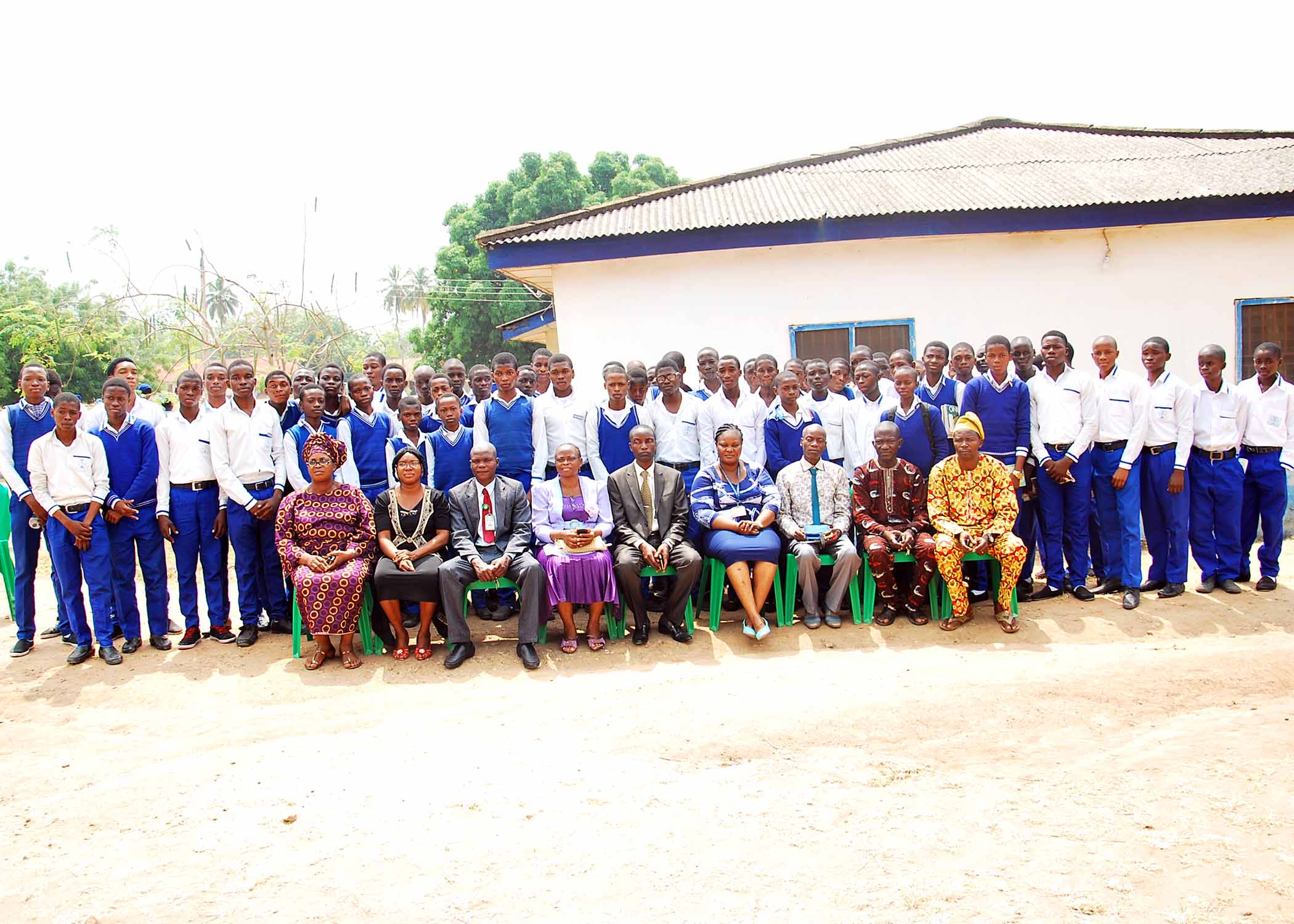 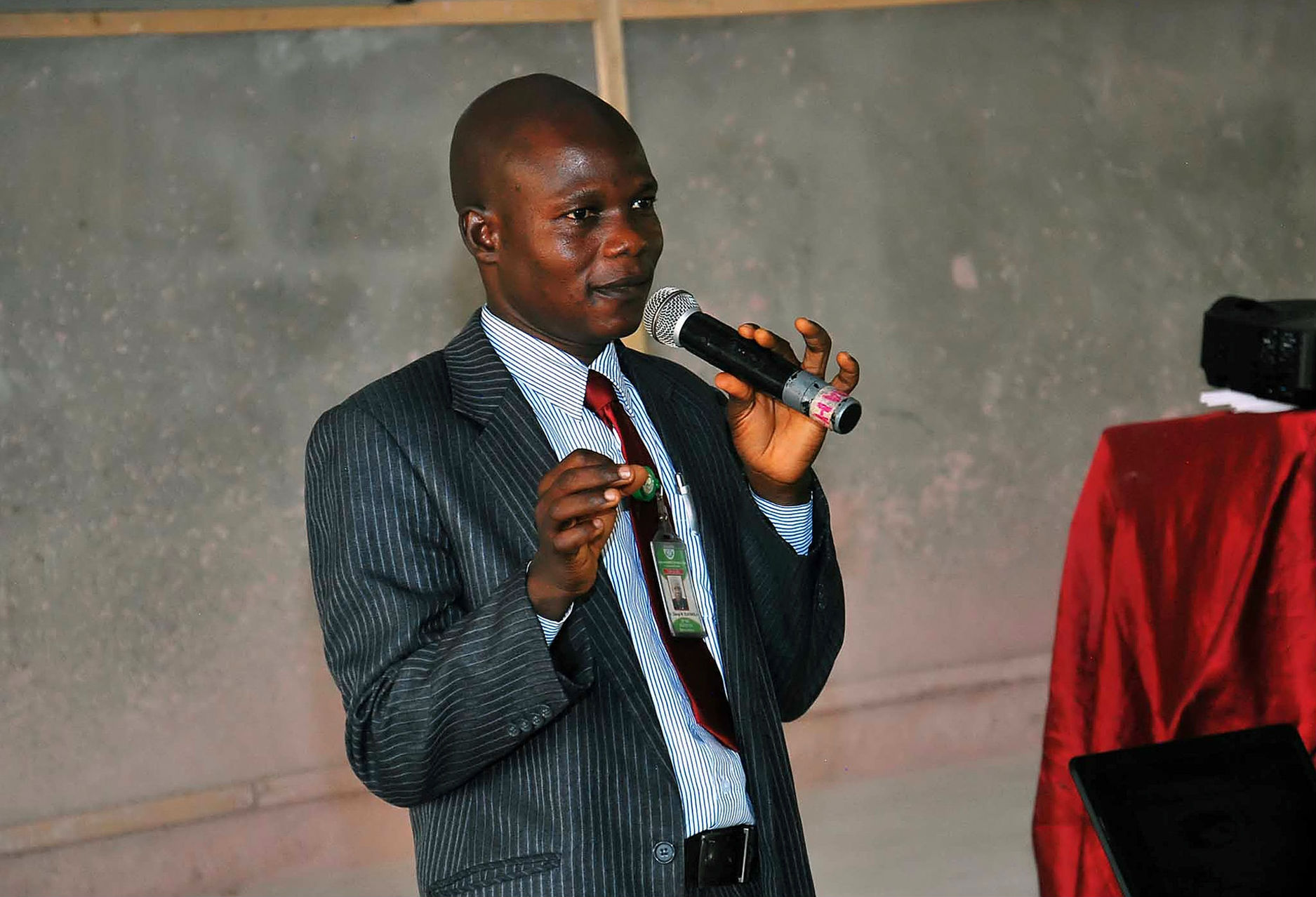 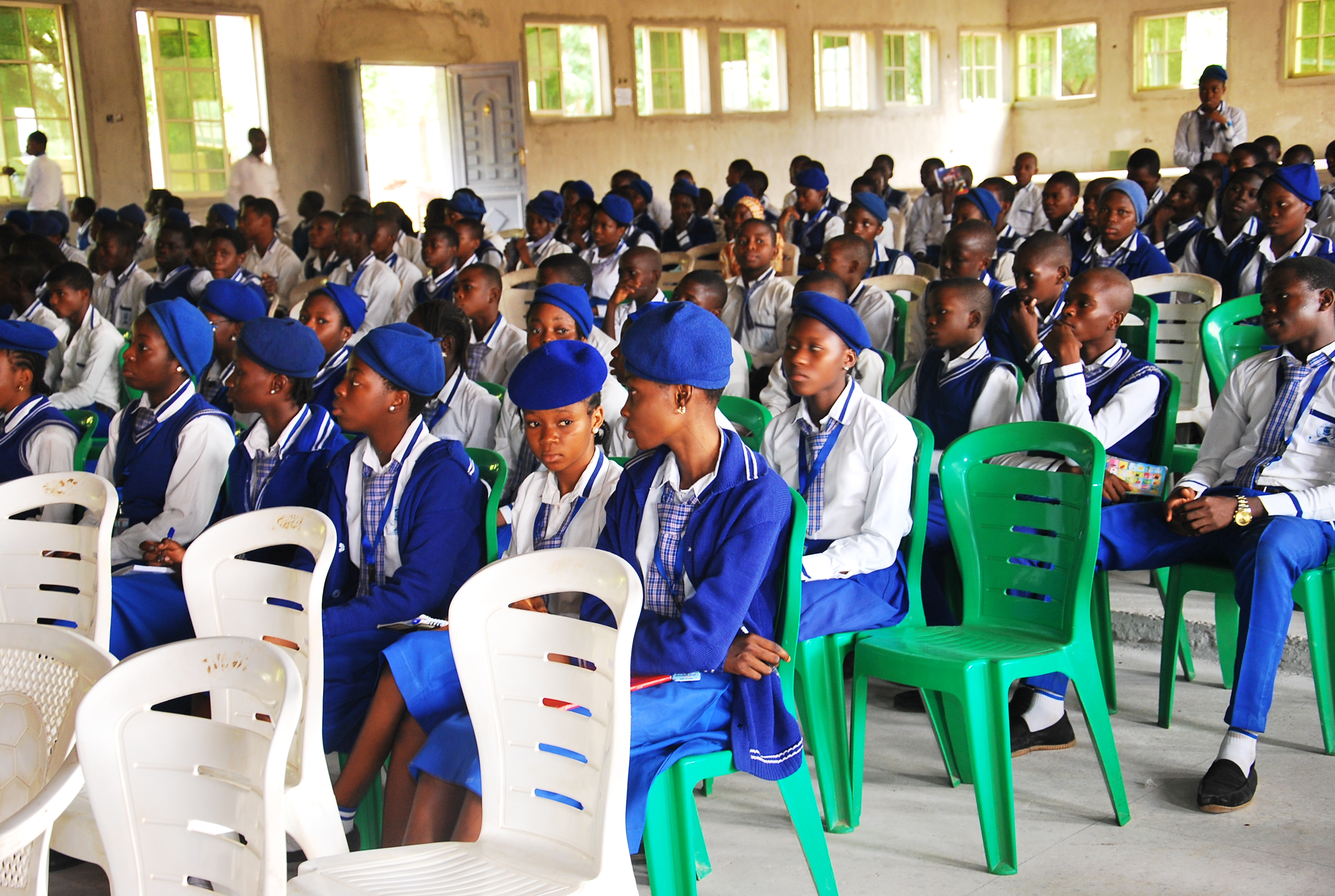 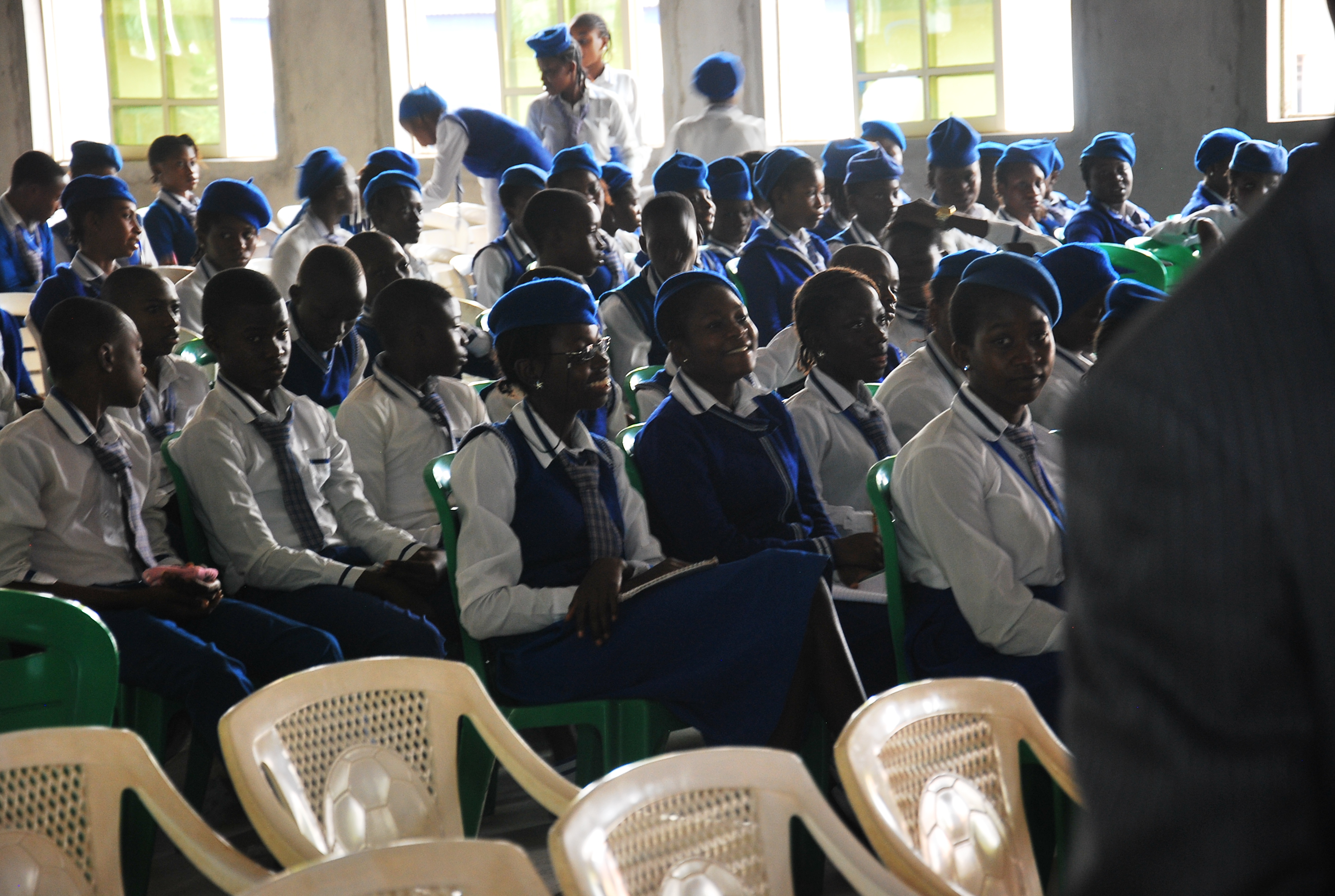 For the first time, alongside the model bones of a Baryonyx, visitors to the Yorkshire Fossil Festival in Scarborough (16th-18th September 2016) could get a taste of how Palaeoclimate models and data can be used to inform us about past and potentially future climate. Over three days members of the Past Earth Network including Alan Haywood, Aisling Dolan and Ilkka Matero demonstrated and explained their science to the general public, school's groups, college students and students of the University of the Third Age.

On the first day, we gave talks to seven school groups from around the Scarborough area. From the ages of 7 to 11 they were all fascinated with the concept that the actual geography of our planet has changed drastically in the Earth's past. We described in detail to A-Level Geology students how the interaction between scientists who collect proxy data (such as mircopalaeontologists) and climate modellers can be challenging, but ultimately rewarding in understanding key aspects of past climate, for example temperature changes. It was explained how robust statistics can often be the key to unlocking how proxy data and model simulations can be used together and effectively compared.

Over the following two days, as part of the outreach stand for the University of Leeds, the public were able to learn about how palaeobotanists can use fossilized leaves to tell them something about climate from Jed Atkinson, Cris Little and Fiona Pye, an undergraduate at Leeds. We even had the famous "Who dung it?" activity led by Karen Bacon from the British Ecological Society/University of Leeds and Fiona Gill from the Palaeontological Association (PalAss)/University of Leeds. This showed how you can recognize and reconstruct palaeo environments based on coprolites (fossilized poo!).

The Yorkshire Fossil Festival was hosted by the Scarborough Museums Trust and sponsored by the Palaeontological Association (PalAss). The event has been held a in the Rotunda Museum in Scarborough for a number of years and attracts around 10,000 members of the public each year. 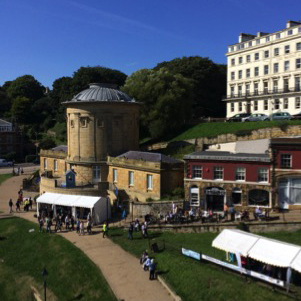 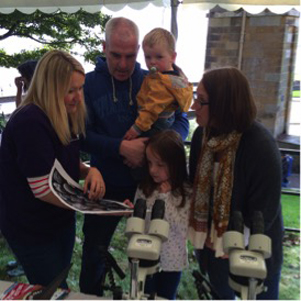 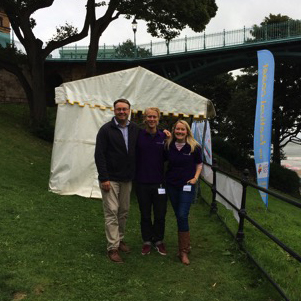 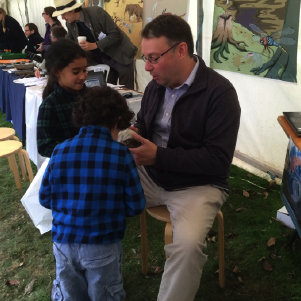 Carrie Lear (Cardiff University) delivered two People Like Me workshops in Cardiff Schools, to try to encourage female pupils to study STEM subjects at school. The aim of the workshop is to break the stereotypical view of all scientists working in lab coats, and instead highlight the diversity of STEM related careers. The workshop has been designed by the WISE campaign.

In the workshop, female pupils selected adjectives that best described their personalities. The workshop translated these adjectives into a range of traits relating to diverse career paths. For each of these (e.g. investigator / manager / trainer / supporter), we discussed some example careers in the STEM fields. We also looked at several case studies of female scientists who described their background, career path, and what they enjoyed about their work. Finally, Carrie and her colleagues shared the results of their own People Like Me quiz, and described their research. 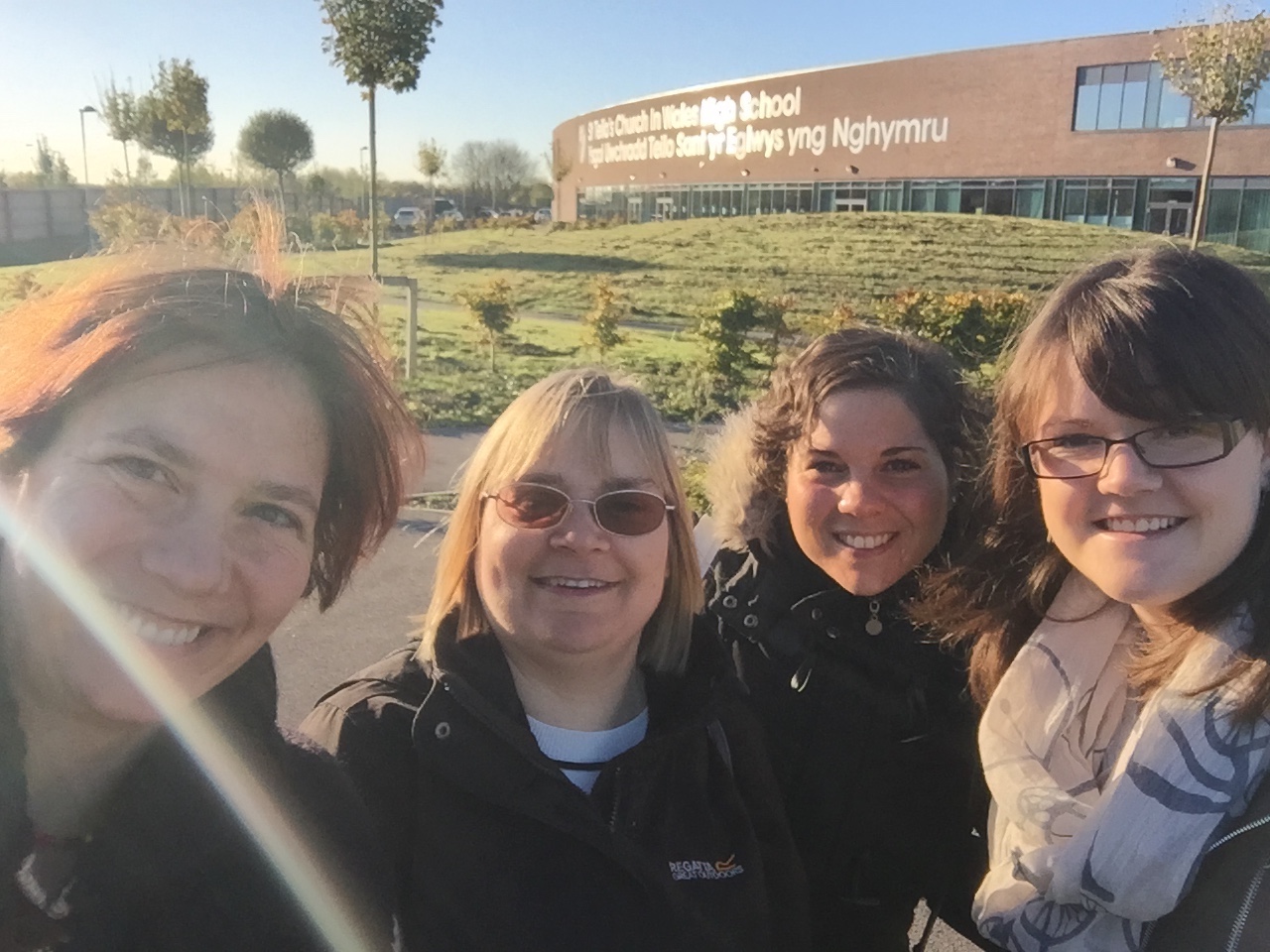